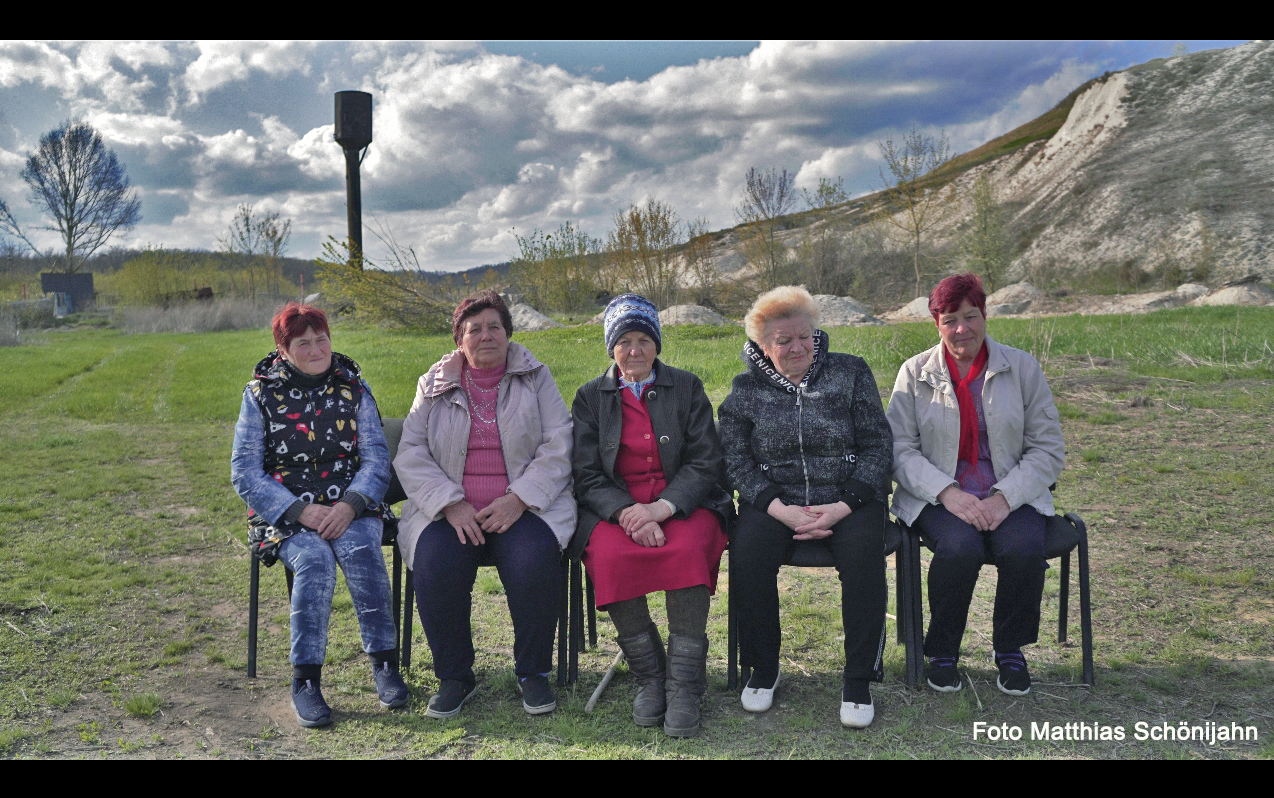 In the village of Osynove, Novopskov region, there is a collective of the oldest authentic performers „Osynivchanka“, which was formed back in Soviet times. The group consists of female amateur performers, born in the 1940s and 50s, and the oldest of them is born in 1938. (Kateryna Tkachenko). Growing up in a singing family (mother, grandmother, and grandfather all sang), she acquired skills in performance and brought to the team the songs that her mother knew. According to the performers, the repertoire of their collective includes mother’s songs, i.e. songs performed by their mothers.

There is no leader in the group, and all the participants are not professional musicians. However, the skill possessed by singers is a natural gift. This group can be considered an example of the traditional of life of folk songs in Ukraine.

This band singed traditional old songs of social, everyday and love lyrics: „From behind the stone mountain“, „I remember those high mountains“, „And in the birch field“, „One moon rises“, „Over the fields and over the fields „, „There is a lot of willow in the hedgerow“, „A little river is flowing“, „Oh, in the cherry orchard“, „Oh, I’m going to the garden“, „Oh, Sashenka was sitting“ („Chrnomorets, mother“), „The moon came out from behind the cloud“; the Cossack song – „On the stone, the feet are soap“, and the ballad – „Oh, you’re a blacksmith“. The mentioned songs were very popular in the Sloboda Ukraine, in particular in the Luhansk oblast, they were recorded at the turn of the 19th and 20th centuries.

The singing of the older performer (Kateryna Tkachenko) is distinguished by abundant ornamentation, the addition of performance accents, and when she starts the song and leads the lower line of the voice, and when she „leads“ the upper line of the song, variations. The performance style of Kateryna Tkachenko is vividly felt in the song „I remember those high mountains“, which she performs solo. She sings the song, which is structured in style, more melodically and singsong, giving the song signs of romanse. Her singing is a living affirmation of the existence of different manners of performance, which correlates between generations in historical time.

The songs presented on the website were recorded during the expedition as part of the project “ WHO’D HAVE THOUGHT THAT SNOW FALLS „.